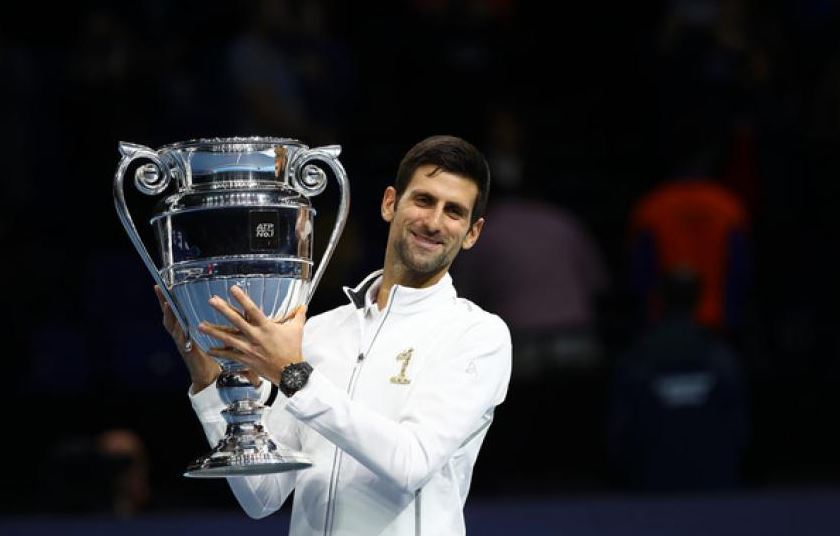 After 12 months of self-discovery, tennis sensational, Novak Djokovic, stopped to reflect on the most incredible of comebacks, even after his straight-sets defeat against Alexander Zverev at the ATP World Tour Finals.

The setback obviously hurt, and Djokovic was processing that. However, the disappointment also included half-smiles as memories played back of how he managed to climb from 22nd to the number 1 position in the world in a space of 5 months which included two incredible Grand Slams as well.

The lowest point in Djokovic’s career is extremely difficult to pinpoint. However, from Wimbledon in 2016 to this year’s edition, Djokovic went on a much-needed journey of self-discovery, patching his aching body back into one piece where he also rediscovered his love for tennis. Both fatherhood and age will do that to you, as well as a trip to the mountains and some perspective.

After his Roland Garros quarterfinal exit, Djokovic decided to run for the hills. He managed to climb the Mount Sainte-Victoire ridge situated on the south of France along with Jelena by his side. During his climb, he had the time to reflect on previous years experiences, such as the lowest ranking in the world in 12 years, difficulties with his personal life, coaching challenges, and unforeseen injuries. This allowed him to refocus his energy and drive for life as the best tennis players in the world.

There has to be something special in that mountain ridge located in France. It inspired Pablo Picasso to buy a property north of the mountain and provided inspiration to the work of Paul Cezanne. It also managed to spark a new flame for Djokovic, allowing him to refocus his abilities, triggering the beginning of a sensational few months that came to an end in London on Sunday.

Djokovic managed to miss the second half of 2017, starting 2018 with a heart-breaking fourth round loss during the Australian Open along with an elbow surgery. “I was well aware that it was going to be a difficult season as I never had surgery before. Regardless of the outcome, I knew I was going to learn a great deal this season”, Djokovic stated.

Djokovic managed to lose during the first round in both Miami and Indian Wells, event he previously dominated. Then he was defeated by Martin Klizan in Barcelona during the Round of 32 in April who was ranked in 140th position. Djokovic clearly had enough after the upset and managed to reunite with Marian Vajda which was the first time, we saw Djokovic make an astonishing return to the sport.

Over the months that followed, Djokovic scooped up US Open and Wimbledon titles and became the first tennis player to successfully secure all 9 Masters 1000 series titles after his win at the Cincinnati Masters. He created a 22-match winning streak which eventually earned him the number 1 position in the world. Djokovic is ready to continue his success in 2019 and feels motivated to take on the world.