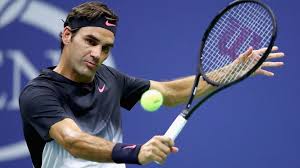 Roger Federer is a professional Tennis player. He was born on August 8, 1981, in Basel, Switzerland. His parents’ were Robert and Lynette Federer. The Swiss tennis player is court smart and is the third top-ranked tennis player in the world. Federer dominated the game in the early twenty-first century. He began to play tennis at an early age of eight years. When he was ten, he became a tennis household name. Rodger has a magical touch with the racket and has a competitive personality.

Rodger left home and went for intensive training at the top-ranked tennis academy in Switzerland at the age of thirteen. He ranked as the number one junior player in the world, by the time the tennis genius was sixteen. In the year 1998, he secured the Wimbledon junior singles championship and the crown of the Orange Bowl junior tournament in Miami. The following year he was the youngest tennis player in the Swiss Davis Cup team. Later in 2001, Federer won his first ATP tournament held in Milan. In 2003, he won six championships, which included his first Grand Slam championship.

Due to his speed, exceptional shots, and fluid play, Roger Federer has held the top in men’s tennis for three hundred and two weeks. The two hundred and thirty-seven weeks stretched from the year 2004-2008. From 2003-2010 he remained in the top two rankings, currently, he is in the top three.  Federer has a distinction as the carer of the Grand Slam being amongst the seven best tennis players in the world. He has had seventeen Grand Slam titles since he started his career.

Roger Federer received an Olympic gold medal for the doubles and silver medal for singles. From the year 2003-2012, he was approved for the Fans’ Favourite Award.  The colleges and competitors voted him for the Stefan Edberg Sportsmanship Award eight times in a row. He is also a recipient of the Laureus World Sportsman of the Year award from 2005-2008. If that is not enough, in the year 2006, Federer received the Arthur Ashe Humanitarian of the Year Award.

The remarkable tennis player speaks three languages fluently including German, English, and French. Rodger is the only expert tennis player who is not a full-time coach. He loves music by Lenny Kravitz. In 2007, he broke a world record and became the first Swiss to be featured on the Swiss Stamp. The photo of the postage is of Federer holding the trophy of Wimbledon.

Roger Federer married the former professional tennis player, Mirka Vavrinec. Before they started dating, they first meet at 2000 Sydney Olympics. The couple has two sets of twin boys and girls. He has a Roger Federer Foundation, which he founded in 2003. The foundation helps disadvantaged children in sports and education. The professional tennis player is famously known as the Fed Express or FedEx. Other people also refer to him as the Swiss Master because of his exceptional tennis skills.