Wimbledon Place at Risk for Andy Murray After Injury

It is a race against time for Andy Murray after he had to pull out form another warm-up session this week, while Novak Djokovic also admitted that he too might have to miss out on this year’s event starting on the 2nd of July. 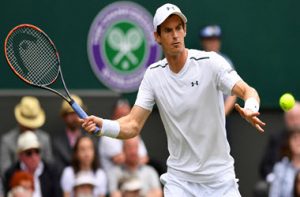 The Libema Open was supposed to be the big comeback for the Scot, although he had to withdraw again from the event in Hertogenbosch in Holland. It was the withdraw that Djokovic confessed that he might not be able to play on the grass this year, following being dumped out of the French Open by Marco Cecchinato.

Andy Murray has been out for the past year after he had hip surgery in January. He regretted not being able to play in Hertogenbosch as he was excited to finally play at the Libema Open, although he realised that he was still not ready to return yet. Murray wants to be 100% in shape when he returns and is still planning to play in the coming weeks.

He is hoping to participate in the Fever Tree Championships starting next Monday at the Queens Club, which is the last event he could play, the only other alternative is Eastbourne, which is only one week before Wimbledon.

Neither Murray nor his team expected him to be out of tennis for almost a year, but recovery is slow, and now finally he is getting closer to participation, and hopefully, thousands of fans will see him back on the grass court this season. With his training schedule already planned, Murray had a bit of a setback in April, which delayed his practising on the court by over a month. Last year Murray had no choice but to pull out from the US Open, followed by the Brisbane International taking place in January and then the Australian Open since he had his operation in January in Melbourne.

Murray has not participated in an event since his last year’s quarter-final defeat by Sam Querry at Wimbledon which means he is no longer in the world top 150 after he had 42 weeks in number one, just before his hip injury worsened.

Depending on his progress over the next week, Murray might still decide to play at Eastbourne one week before Wimbledon to gain some competitive match time. In order to build-up his match fitness, he needs matches as he realises he won’t come back and start immediately where he left off. The only thing he can do is to listen to his body and let how he feels guide him as at the end of the day he is the only one that really knows how he feels.