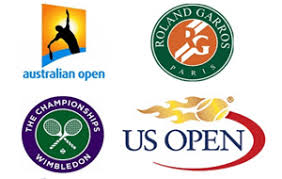 Every year, there are different tennis events and tournaments happening all over the world. However, the Grand Slam events mean a lot to all players. The most important tournaments include the U.S. Open, French Open, Australian Open, and Championships Wimbledon.

These four events are significant to players who want recognition. Other things that make them attractive include the awarded prize, historical significance, and tour ranking points. Each tennis player gets the chance to evaluate his or her strengths and weaknesses. A player wins the Grand Slam title after winning seven straight matches.

The first U.S. Open Grand Slam event was in 1881, in the state of Rhode Island. Currently, it is the second-oldest tournament. In addition, the US Open, held in the Big Apple, Queens or New York, is the final grand slam of the year. In the months of September and August, you can attend the grand slam event for a period of two weeks. In the past, the event has been played on three different surfaces including grass, clay, and hard court.

The main tennis tournaments in the U.S. Open are the singles and doubles games, which are for men and women. Other events include wheelchair tourneys, mixed doubles, senior tourneys, and junior tourneys. During the early days of the tournament, only men were allowed to compete. Furthermore, only men could become members of the U.S. National Lawn Tennis Association.

Also known as, Roland Garros, the French Open grand slam tournament is one of the most prominent tennis events.  It started in 1981, and the women tournament began in 1987. Paris, the city of love, hosts the event every year. The French Open has been held in four different venues since its establishment.

It was officially recognised as a grand slam event in 1925 when it was known as the French Championship. The French Open happens every year around late May to early June. It runs for two weeks at the Stade Roland Garros. The players play on clay courts, which makes them, slide and glide on the slippery court. The tournament possesses the highest number of broadcast viewership worldwide.

Wimbledon is a unique and special grand slam. It is played on 8 millimeters of mowed grass. The event is held in Wimbledon in London, England. It is the oldest event in tennis history. The Championships Wimbledon is sometimes referred to as SW19. Considered as the most prestigious event in the tennis world, it is held in late June to early July. Its year of inception was 1877, and the first tennis event held was the men’s singles.

Grand Slam events are the most prestigious events and mean a great deal to the players. The events also have a great history, which is worth learning.