The Biography of Novak Djokovic 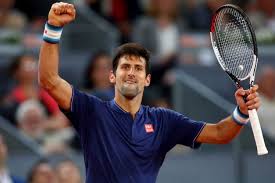 Novak Djokovic is a professional tennis player who won his very first Grand Slam championship last 2008. He finally took the 1st ranking last 2011 at the ATP (Association of Tennis Professionals). Djokovic has the history of winning 11 singles titles that include the US Open, Wimbledon, and Australian Open. He is the only professional tennis player who managed to win the Australian Open in 3 years straight.

Overview of His Professional Skills

Djokovic was born in Serbia in the year 1987. He started playing the sports of tennis when he was just 4 years old. He then went to Germany by the age of 13 to start training. After ascending steadily on the ranking ladder, he finally won his Australian Open last 2008. He also led the entire national team of Serbia to its first win of the Davis Cup last 2001. Last 2011, he won ¾ Grand Slams that paved his way to the 1st ranking position. After winning the French Open last 2016, he now shares the same record with another legendary player Rod Laver who holds all major title in a year.

The Early Life of Novak Djokovic

The parents of Novak Djokovic, Srdjan and Dijana, own the Family Sports. This company includes a tennis academy and three restaurants. The father of Djokovic is a professional skier, and he also shows a tremendous performance in soccer. However, Djokovic decided to be a prodigy of tennis.

Last 1933 when Djokovic was only 6 years old, he was spotted by Jelena Gencic, a legend in tennis while he was playing in the sports complex of his parents. Gencic noticed the immense potential in his skills and decided to train him for 6 years. Around this time, the war in Yugoslavia erupted which means that his family will spend their nights under the basement for three months. The hardships that he experienced during these years serve as his driving force to concentrate on his tennis skills. By the age of 13, he went to Munich, Germany to train at the Pilic Academy. When he reached the age of 14, Djokovic started his international tennis career.

The Highlights of His Career

When he was 14 years old, Djokovic became the triple champion in the European team, doubles, and singles competition. He participated in the team competition of World Junior Championship and claimed the silver medal. At the age of 16, he won a total of 5 ITF that placed him on the 40th at the junior ranking position. Last 2007, he entered the semi-finals of the Wimbledon and French Open. In 2008, he participated in the Beijing Olympics, winning the bronze medal for Serbia.