Wimbledon Comes to a Conclusion

Wimbledon this year was one that made history. From the attendance of the royal family to the everlasting matches, the visits and great performances by tennis veterans, and the unpredictable outcomes of the matches. While there is still more tennis to be played by the professionals this year as the Grand Slam is scheduled to happen in the upcoming months, here are a few finishing lines that should be tied before moving onto the next event.

What is Going to Become of Serena Williams? 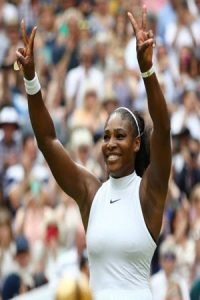 Why this question may seem ominous, it’s not like the tennis star is just going to go into hiding. If anything, ger grand comeback after spending a few months off of the courts for maternity reason had everyone in doubt if the tennis star would be able to reclaim her title. Though, her constant perforce at Wimbledon proved that she would and that she could. From her powerful serves that broke records and having fierce competition this year, Serena proved that all she needed was a belief that she could come out a winner and after a while, everyone watching started to believe in it as well. She expressed her glee when discussing what she thinks when people talk about her being their favourite player, this happens before Williams reminiscing about the time while she was pregnant and still playing, and winning, too. Despite losing this year’s final Wimbledon match, Serna is still confident that this was a great comeback and that she can only move forward in her career.

Is Andy Murray Going to Return?

Any Murray was looking towards having an exciting Wimbledon performance but sadly had to draw out of the tournament during the early hours before it began due to a bad hip injury. Although, since then the player has tested out his right hip in the best way he knows how – by playing two warm-up events. During his recovery, Murray decided to work as one of the commentators for BBC as it was the best thing to do instead of forcing a speedy recovery.

Since Murray reached the quarterfinals of Wimbledon 2017. The player has only played in three other tournaments since then. At the end of the month, he plans of pulling a move similar to Serna and celebrate his comeback onto the court Washington, D.C., last one this month. Murray has stated that being on hard courts does feel more natural and stabilises him more. He admitted he feels more comfortable on them and from the looks of it – will begin to prefer playing on them to avoid any more serious injuries. 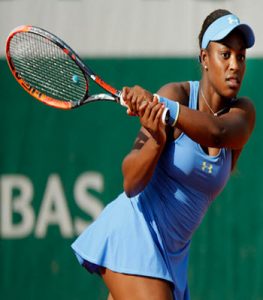 Sloane Stephens had a dramatic Wimbledon as the player collapsed during the opening round. This makes the 2018 Wimbledon the second one in a two-year period where the player was helped to the exit before the match truly began. Her health seemingly just like her career, has seen its fair share of up’s and downs in the last few years. At times, it seems as if the American player find ignite her passion to win and become a beast on the courts, while at other times she seems to fall short. Stephens has the potential to become a strong player, but she lacks the consistency that her fans and her critics are looking for. Though despite her nearly instant loss, she has shown to have a good spirit regarding it as it can be seen in her interviews.