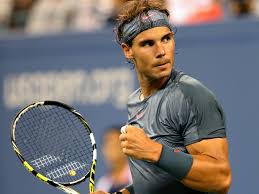 Rafael Nadal is a big name to the fans of Tennis as he has 16 Grand Slam titles to his name and has not given up yet. He has also won 10 French Open Single titles, being one of the two champions who have ever won four majors and an Olympic gold medal. So who is he and where does he come from?

Who Is Rafael Nadal?

Rafael Nadal Parera is a 31 years old Spanish tennis male player who was born in the year 1986. While growing up, he showed great interest in tennis when he started playing at the age of 3 years when he was playing with his uncle Toni a former Tennis champion. By the time he was 15, he was already in the books where pros are written. Then, he was nicknamed King of Clay since he was doing well in the clay courts or what we commonly refer to soft surface tennis. His achievements as mentioned above, have booked him a place in the books of tennis history as he has achieved major performances. So what else has the King of clay accomplished in his life? Let`s see.

The Early Years of Rafael Nadal

To begin with, his talent came into limelight when he was only three years. At the age of eight years, he had won the regional tennis championship. This win motivated his uncle to continue training him, and that was when he was noticed to be good at playing with both hands. At the age of 12 years, he was crowned in several Spanish and European tennis titles and was announced a professional player when he turned 15.

He continued training hard in his best sport, and by the time he turned 16, he was already in the semi-finals of the Boys singles tournament that was played in Wimbledon. The biggest accomplishment he achieved at Wimbledon was being named a 3rd time youngest male winner. Nadal was interested in the French open, and when he turned 19, he participated and won the French Open for the first time in 2005. This is what made him achieve the third position in male tennis worldwide. In 2005, he won 11 singles titles and eight of them were on the soft surface, and that is when he was named king of clay. This was the year when he won most of the titles.

Nadal has been an inspiration to many Tennis upcoming players in his hometown and around the world.